Florence Ballard (born 30 June 1943, Detroit, Michigan, USA), Betty McGlown (born 1943, also in Detroit), Mart Wilson (born 4 March 1944) and Diana Ross (born 26 March 1944) formed the Primettes in 1958. Barbara Martin (born 1944) replaced McGlown in 1960.
Having issued one single on a small local label, the Primettes were signed to Berry Gordy's Motown stable. He insisted they change the name of the group. Ballard gave them the name The Supremes. In the spring of 1962, Martin left the group to start a family. The Supremes continued as a trio.

Their first eight singles on Motown did not reach the Billboard Hot 100 chart, despite being written by Berry Gordy and Smokey Robinson. The dynamic 'When the lovelight starts shining in his eyes', written by Holland, Dozier, Holland and modelled on the production style of Phil Spector, was the group's first hit in 1963. A year later, they had their first US number one with 'Where did our love go'.
This achievement inaugurated a remarkable run of success for the group and their producers, as their next four releases ('Baby love', 'Come see about me", 'Stop! In the name of love' and 'Back in my arms again') all topped the US singles charts, while 'Baby love' became the only record by an American group to reach number 1 in Britain during the beat-dominated year of 1964.
The rather perfunctory 'Nothing but heartaches' broke the chart-topping sequence, which was immediately restored by the more ambitious 'I hear a symphony'. As Holland-Dozier-Holland moved into their prime, and Ross increased in confidence, the group's repertoire grew more mature. They recorded albums of Broadway standards, played residencies at expensive nightclubs, and were expertly groomed by Motown staff as all-round entertainers. Meanwhile, the hits kept coming, with four more US number 1 hits in the shape of 'You Can't Hurry Love', You Keep Me Hangin' On, 'Love is here and now you're gone' and 'The Happening', the last of which was a blatant attempt to cash in on the psychedelic movement.

Behind the scenes, there were all kinds of intrigue. Diana Ross had a romance with Motown boss Berry Gordy. The group's name was changed to Diana Ross & the Supremes. Florence Ballard grew increasingly unhappy in the supporting role into she was forced. Ultimately she was ousted in mid-1967, and replaced by Cindy Birdsong. Most fans simply did not notice.

Meanwhile, 'Reflections', an eerie, gripping song that was one of Motown's most adventurous productions to date, introduced the new era. Holland, Dozier, Holland left Motown in 1968, as a result of disputes over royalties and profit sharing. With other writes, the group had another US number 1 with 'Love child'.
During 1969, there were persistent rumours that Berry Gordy was about to launch Diana Ross on a solo career. These were confirmed at the end of the year, when the Supremes staged a farewell performance.

Ross was replaced by Jean Terrell, sister of heavyweight boxer Ernie Terrell. The new line-up, with Terrell and Mary Wilson alternating lead vocal duties, found immediate success with 'Up the ladder to the roof' in early 1970, while 'Stoned love', the group's biggest UK hit for four years, revived memories of their early successes with its rhythmic base and repetitive hook. Gradually, their momentum was lost, and as Motown shifted its centre of activity from Detroit to California, the Supremes were left behind.

Lynda Laurence replaced Cindy Birdsong in the line-up in 1972; Birdsong returned in 1974 when Laurence became pregnant. The latter move coincided with the departure of Jean Terrell, whose place was taken by Scherrie Payne. With the group recording only rarely, Birdsong quit again, leaving Mary Wilson at last established as the unchallenged leader to recruit Susaye Greene in her place. This trio recorded the self-explanatory 'Mary, Scherrie and Susaye' in 1976, before disbanding the following year. Mary Wilson attempted to assemble a new set of Supremes for recording purposes, and actually toured Britain in 1978 with Karen Rowland and Karen Jackson in the line-up. On June 12, 1977, The Supremes performed their farewell concert at the Drury Lane Theater in London and disbanded. Since then, the use of the Supremes' name has legally resided with Motown.

In 2000, plans were made for Ross to join Wilson and Birdsong for a planned 'Diana Ross & the Supremes: Return to Love' reunion tour. However, Wilson and Birdsong both passed on the idea, because while the promoters offered Ross $15 million to perform, Wilson was offered $3 million and Birdsong less than $1 million. Ross herself offered to double the amounts both Wilson and Birdsong had originally been offered, but Wilson remained adamant, and as a result the deal fell through with both former Supremes. Eventually, the tour went on as scheduled, but with Scherrie Payne and Lynda Laurence joining Ross, although none of the three had ever been in the group at the same time and neither Payne nor Laurence had sung on any of the original hit recordings that they were now singing live. The public and music critics were disappointed by both this and the shows' high ticket prices. Thus, after playing only half of the dates on the itinerary, the tour was canceled. 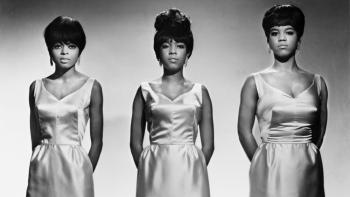 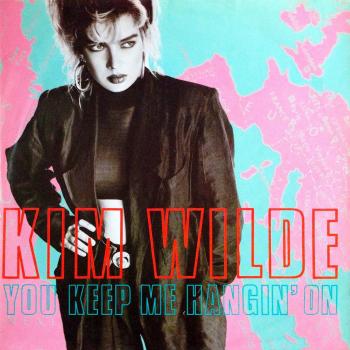