Tim Lennox was born in 1966 in Birmingham (UK). Starting out as a DJ, he set up the notorious Flesh events at the Haçienda in Manchester in 1991. Like many DJ's he moved into production when he recorded the song 'Happiness' - a cover of a track by Cuba Gooding - with vocals by Sharon D. Clark and producers Aron Friedman and Damon Rochefort. This was released under the name Serious Rope. A second cover, this time of Barbara Mason’s ‘Another Man’, also sustained critical approval. This tale of a Brooklyn housewife dumped by her man for another lover, also male, had the camp, heightened sense of drama intrinsic to the so-called 'handbag house' style. This was released as Shy One, after which Lennox switched to the T-Empo name in order to engender a more structured approach to making music.

T-Empo evolved, when Lennox started working with Adam Clough and engineer Simon Bradshaw. After the huge success of ‘Another Man’ several record companies were fighting to sign Lennox, and he eventually opted for FFRR Records, based on their good record with gay/hi-NRG/house acts. However, a third release, ‘Saturday Night Sunday Morning’, the first to use the pseudonym T-Empo, arrived jointly with the exclusive gay record label Out On Vinyl, on which Lennox holds a director’s chair. His remixing skills also rose in popularity, and, again under the name T-Empo, included the Brand New Heavies (‘Dream On Dreamer’), RuPaul (‘House Of Love’), Grace Jones (‘Slave To The Rhythm’), Joe Roberts (‘Lover’), K Klass (‘Rhythm Is A Mystery’) and Propaganda ('P-Machinery').

For Kim Wilde, T-Empo remixed Breakin' Away and Shame. 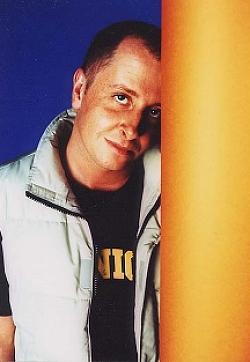