Taivalkunta Beat is a Finnish band founded in 1997 that plays pop and rock music. The band's leaders are the twins Juha and Vesa Pokkinen. The band was founded on July 7, 1997. The name has its roots in the village of Taivalkunta, where two members of the band spent their summers and holidays.

The founding members were Mika Laitinen on drums, Vesa Pokkinen (solo guitar) and Juha Pokkinen (composite guitar, vocals and bass codings). At the first gigs, Ilkka Saari visited as a singer, but soon the responsibility for singing passed to Juha Pokkinen. Initially, the band played mainly at village parties or at various events at a local golf club. Soon the gig venues increased and dance venue professional Jouko Elevaara became interested in the band. In 1999, the band performed as a standard band on Finland's largest dance floor.

The band got a record deal with Tatsia Music in 2000, and the first record was called Miks Twist, from which the cover single 'No Niin, Mary Lou', a cover of the song 'Hello Mary Lou'. In 2001, bassist Jani Kaunisto joined the band. The band participated in the Entertainer 2002 band competition and was ranked in the top three. 'Kirkkonummen Ralla', released in 2003, was the band's second album, and Juha and Vesa Pokkinen's own song 'Ikkunan takaa' became a radio hit.

In 2004, drummer Mika Laitinen left the band. Jasu Mäntylä became the new drummer. The band's gig numbers increased, and the title track of the next album, called 'Luulin, Että Pärjään' became Radio-Finland's most played song. The fourth album was named 'Kaunis Kulkija'. It was selected as the local radio record of the month in August 2008.

In February 2010, the band ceased operations for the time being. They returned four years later: since the autumn of 2014, the Pokkinen brothers have been touring Taivalkunta Beat as a duo. In May 2020, they released a new album called 'Instrumental', featuring a few own compositions as well as instrumental cover versions of various songs from the 1960's, 1970's and 1980's. One of the tracks is an instrumental cover version of Kids in America. 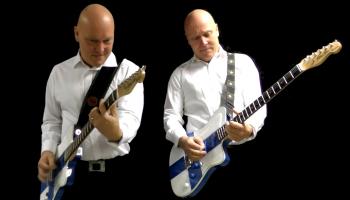