A striking set of clothing was designed for Kim in 1984 when she was preparing a new image for her fourth studio album Teases & Dares. When it was presented it generated a fair amount of publicity, for the press concluded that Kim herself had changed dramatically by wearing this. Soon after, Kim called the outfit a mistake, and a blemish on an album she was otherwise very proud of.

Kim about the Teases & Dares outfit

This outfit was made for me to wear for the cover of the "Teases & Dares" LP. It really is hideous - blue crushed velvet with silver panels and strips of blue everywhere. I wanted to change the picture for the LP cover but the record company held me up to ransom and said that the LP would miss the release date if we didn't go with that sleeve. I should have stuck up for myself but I didn't. This outfit was made by a woman who's employed to make clothes for me. Now she does make some really great clothes, clothes that I really enjoy wearing a lot and she's very good, but this particular outfit was one of her less inspired creations and it made me look dreadful. But I do believe I wore it on Wogan, so I suppose at the time I must have liked it. We all make mistakes and do things we regret later on. That's part of growing up in public, which all us pop stars have to do. (1) 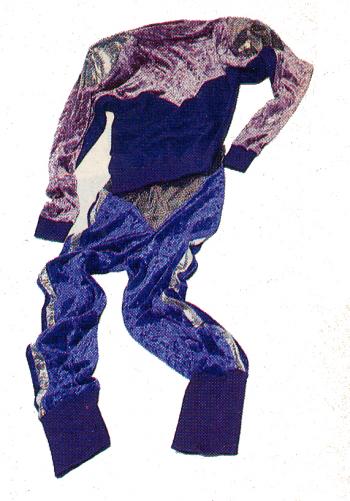 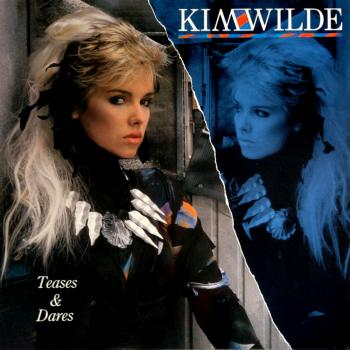