Terremoto Party was a hardrock band from Bochum (Germany). They formed in 1988 as Pankreas. Their music was a mixture of punk, rock and pop, After working with various singers during the late Eighties and early Nineties, they decided to go on as a trio.

In the Nineties they released four albums: 'Hirncut' (1993), 'Infermezzo' (1994), 'Egotopia' (1996) and 'Karoshima' (1999). In 2001 they decided to quit, and presented their final CD 'Suiciety' during their final concert. Their version of Kids in America appeared on the album 'Intermezzo', but was also included in a compilation of rock covers called 'Punk Chartbusters' (1995). 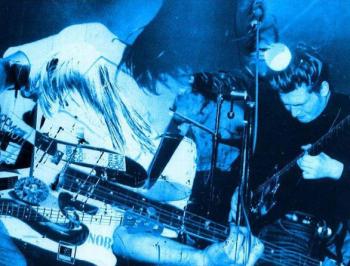