Born as Tiffany Renee Darwish on 2 October 1971 in Norwalk, California to parents James Robert Darwish and Janie Wilson. Her parents divorced when she was very young. When Tiffany was four years old, she learned the words to the song Delta Dawn, and she started singing it often. In 1981, Tiffany made her first professional singing show, with a country music band at a country and western spot. She passed a hat along the crowd afterward, and collected US $235 in what would be her first career earnings.

In 1984 she was signed to her first recording contract by George Tobin, who heard a demo tape she recorded and liked it. After entering 'Star Search', a television show hunting for talent in several genres in entertainment, and coming in second, she signed a new contract with Tobin in 1986, which gave him total control over her career. She recorded her debut album and in 1987 she did an extensive promotional tour across America in shopping malls. It was one of the factors that helped her launch a worldwide number one hit with 'I Think We're Alone Now', a cover of the 1967 hit by Tommy James & the Shondells. More single success followed with the ballad 'Could've Been' and the modified Beatles cover 'I Saw Him Standing There'.
At the peak of her popularity in 1988, Tiffany ended up in legal battles with Tobin and her mother and stepfather over control of her career and earnings. These legal battles took their toll on her career.
Her second album 'Hold an Old Friend's Hand' (1988) was not as successful as her debut, although after some time it still went double platinum in America.

In the 1990's Tiffany tried to attract more mature audiences by selling herself as a more adult, sultrier artist. These attempts weren't very successful.
There was some personal happiness when she married make-up artist Bulmaro Garcia in 1992, and gave birth to her son Elijah Garcia on September 17 that year. In 1995 they moved to Nashville to try and launch a country music career, but no music in that genre was ever released.
Her comeback album 'The Color of Silence' was released in 2000. Critics raved about the album, but still the teen-pop "stigma" attached to her name hindered any potential success. When she turned 30, she posed nude for Playboy magazine to "be seen as a woman".

In 2004 she divorced Bulmaro Garcia and started a relationship with Benn George, a British citizen. A year later, she featured in the British TV show 'Hit Me Baby One More Time', ending up in the final of that show, although she lost to Shakin' Stevens there. She released a new album, 'Dust Off and Dance', independently through CDBaby. After touring with the album in 2006, she entered the US television reality show 'Celebrity Fit club', losing weight in front of the camera.

2007 was also the year in which she released several albums: 'Just Me' with new material, and 'I Think We're Alone Now: 80's Hits and More', containing a new version of the title track and a cover of Kids in America. 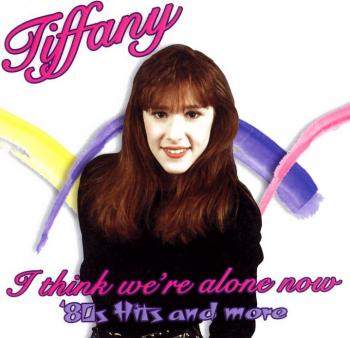