Tom Duke met Marie-Louise in 2004, when he started a sports team for visually impaired children. He recorded an album to benefit children with cancer, using some of the children from the sports team as a choir. Marie-Louise enjoyed being in the studio.

During a live performance near her home, Tom asked her on stage and she sang along to some of the songs. They continued to perform live together from time to time.

Although the two don't perform together anymore, Tom Duke is still going strong, performing live on Danish festivals, most notably the Langelandsfestival where he has performed every year since 1993. 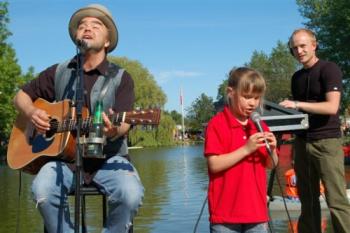