Top of the Poppers

A collective grouping of unknown, uncredited or anonymous artists to perform covers of popular hits for the 'Top of the Pops' series of records, recorded between 1968 and 1985. Most titles also being released in this time, although some were re-issued later. The line up was not constant but did include some artists that gained fame in their own right.

Several songs originally by Kim Wilde were covered in the series: Kids in America (volume 85), Chequered Love (volume 86), Cambodia (volume 89) and View From a Bridge (volume 91). The series was discontinued after volume 91 in 1982 due to plummeting sales, although one final volume was released in 1985. 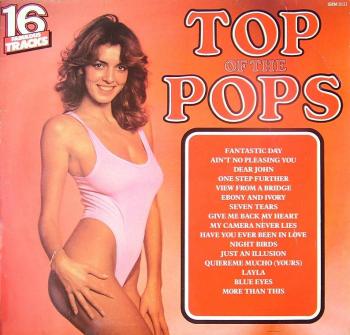 Volume 91, featuring 'View From a Bridge'