Enchanted exhibited at the Hampton Court Palace Garden Show, 7 to 11 July 2004 with a large show garden entitled 'The Tower Garden. Designed by Mark Turner and Michael Steel, assistance in planting was provided by Kim Wilde and Richard Lucas.

The garden was a continuation of the story behind 2003's garden from Enchanted, 'A Moment Out of Time... Lady Beth's Dream'. In 2004, Lady Beth Randelson, having made her last entry in her diary, has disappeared and was last seen entering the garden one early summer's evening.
The shaded garden was a bridge between this world and other magical realms. The planting was muted, wild and overgrown as the garden was untended for at least two years. Nature was reclaiming the garden. Ferns and ivy abounded around dead wood and moss flowers. An old waterfall tower sent cascades of water down broken steps and stairwells. Faerie sculptures made by Enchanted Ltd were featured in the garden. 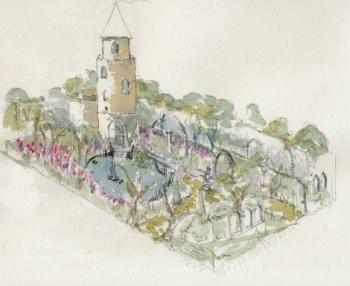 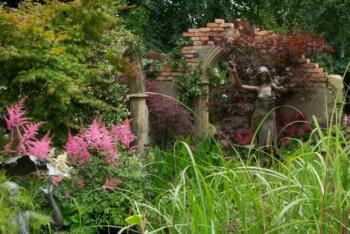 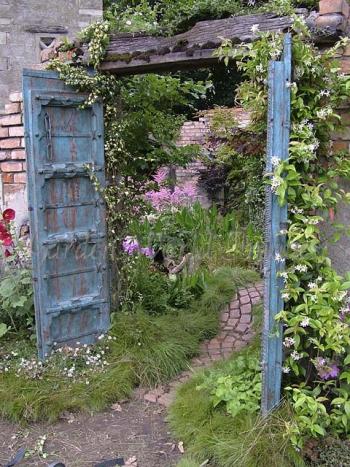 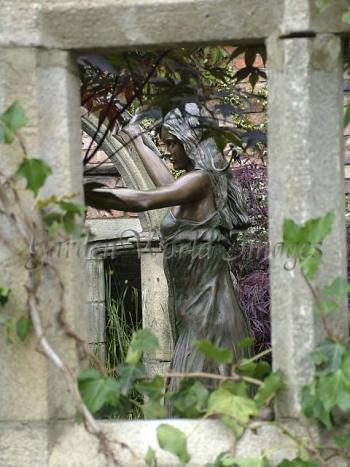 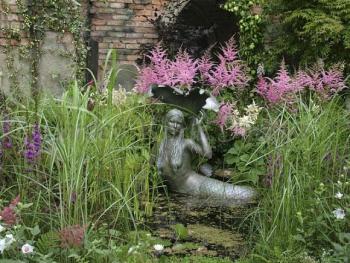 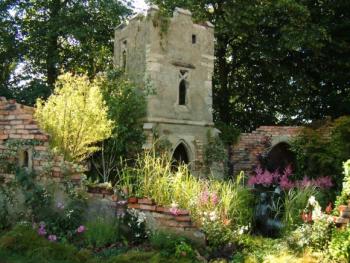