Formed in 1986, this UK group began as a songwriting partnership between vocalist Carol Decker (born 10 September 1957 in London (UK)) and guitarist Ronnie Rogers (born 13 March 1959 in Shrewsbury (UK)). While recording a demonstration disc, they were joined by session musicians Michael Chetwood (born 26 August; keyboards), Paul Jackons (born 8 August 1961; bass) and Tim Burgess (born 6 October 1961; drums). The group then signed to Siren Records as T'Pau, the name being taken from a character in the science fiction television series Star Trek.

Having acquired the services of producer Roy Thomas Baker, T'Pau recorded their first sessions in Los Angeles. The group's first two singles failed to make any impact in the UK market, until "Heart and soul" abruptly established them in the US charts, where it climbed to number 4 in 1987. The song was re-promoted in Britain and repeated that chart placing. In order to bolster the line-up, lead guitarist Dean Howard was recruited and a major UK tour followed.

Decker's strong, expressive vocals were highlighted on 'China in your hand', a classic song which topped the UK charts. Their debut album 'Bridge of spies' fared as well, reaching number 1 in the albums chart. Further top 20 hits were 'Valentine' and 'I will be with you', taken from the aforementioned album.

The second offering, 'Rage' (1988), was a disappointment. Only the first single, 'Secret garden' scraped to number 18 in the UK charts, but further singles didn't make much of an impact in the chart. It took T'pau three years to come up with 'The promise', but by then their momentum was gone. The band finally broke up and Carol Decker embarked on an unsuccessful solo career.

Carol reinstated the name T'pau in 1998 by releasing the album 'Red' with a totally different line-up behind her. It failed to make a chart impact due to distribution limitations, although the album was released in the US a year later.

In 2001, Carol joined Kim Wilde and others for the Here & Now Tour 2001 in November. She repeated this in the Here & Now Greatest Hits Tour in 2003, together with Ronnie Rogers.

T'pau returned with a new album 'Pleasure and Pain' in 2015. 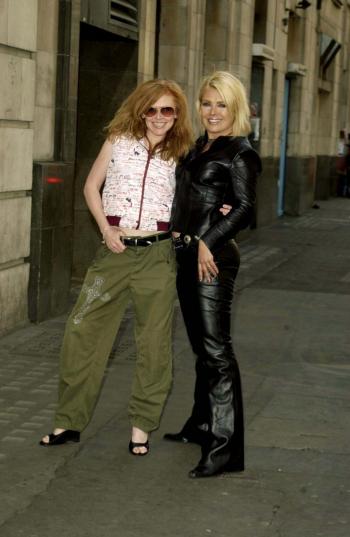