Tracks of My Years

Item in the radio show presented by Ken Bruce on BBC Radio 2 in the UK. Each week a different artist joins Ken Bruce to pick 10 of the songs that have meant the most to them, playing two songs every day between Monday and Friday.

These are the songs she picked:

Common people - Pulp
Heart of glass - Blondie
Pinball Wizard - The Who
Flowers in the rain - The Move
Stop, look, listen to your heart - Marvin Gaye & Diana Ross
We are young - Fun
Another part of me - Michael Jackson
Life on Mars? - David Bowie
Anyone who had a heart - Cilla Black
Are 'friends' electric? - Tubeway Army 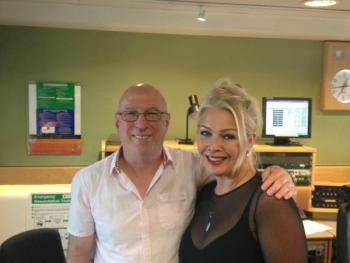