Song written by Mike Busbee and Ben Wist. Originally recorded by American singer/songwriter Pink, released as the second single from her sixth studio album, 'The Truth About Love' (2012). The song is a pop rock ballad about taking risks with love, no matter the consequences. Commercially, the song was a success, reaching number one in Spain and the top-10 in Australia, Austria, Canada, Germany, Italy, New Zealand, Poland, Switzerland, the United Kingdom and the United States, while reaching the top-20 in most countries.

Kim Wilde and Nik Kershaw performed a cover of 'Try' as an encore during their five concerts in Australia in October 2013. 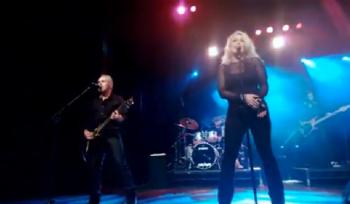 Ever wonder about what he's doing
How it all turned to lies
Sometimes I think? that it's better to never ask why