Dubbing themselves 'the hardest dance band in the world', United Four is a quartet of rockers based in Oldenburg (Germany), consisting of Mazze, Tommy, Kriss and Schüttie. The band came together in 1990, originally playing the singles charts material. Their material soon became harder, until they presented themselves as a hard rock band, still playing covers of Top 40 material.

Their 2011 album 'Fishing for compliments' features covers of 'Take on me' (A-ha), 'Flashdance' (Irene Cara) and Kim Wilde's Kids in America. 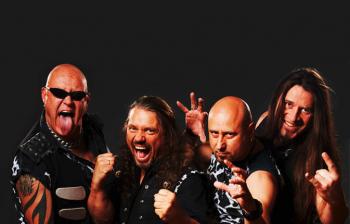