Jiřina Urbanová is a Czech vocalist who first came to prominence as a member of the band Saturn Pavla Skalického. She recorded a handful of singles between 1984 and 1987. One of them was a cover version of Cambodia, called 'Ať Život Má Svůj Děj', translated by Václav Babula.

Discovering a great fondness for the rock genre, she joined the rock band Unisono. Despite a good live reputation, the band did not record any records. At the end of the Eighties Jiřina renamed herself Ina. The band Ina & Ring released the album 'Karlin', which was a mix between hard rock and heavy metal. A dispute with the record company ended a promising career of this band, and their second album remained unreleased.

Ina appeared in the Czech version of the musical 'Hair', but suffered injuries during her performance, which led to a year of no activities. After a return to 'Hair' and an appearance in the musical 'Secret', she formed the band Ina Hany Bany in 2006. Despite some personnel changes, the band lasts for over a decade while Ina continues to star in musicals and movies. 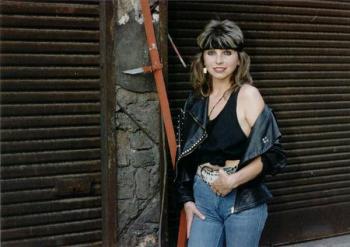