The band Ursüla formed by Didier Stoupy (vocals, bass, keyboards), Justin Tonnel (drums) and Loic Bethencourt (guitars) in Lille (France) and released their debut album 'As Punk as You Dare' in 2011. It was followed in 2012 by the album 'Bigger Bang'. Some extra content was released the same year, including a cover version of Kim Wilde's Kids in America. Their third album 'Inner Child' was released in 2014. 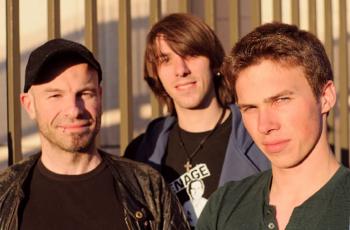