Elvira Voća released her first single 'Se me vuoi' in Italy in 1963. She married Stjepan Milhaljinec in 1961 and they collaborated on her Croatian material ever since. Her debut album 'Slušala Sam Srce' was released in 1980. Before then, she'd released about a dozen singles, including a cover version of Abba's 'Waterloo'.

On an LP called 'Top Ten 2 - Internacionalni Hitovi' the best hits of the year 1984 were covered by Yugoslavian artists. Elvira contributed a cover version of The Second Time in Croatian as 'Drugo Vrijeme'.

Elvira also made a name for herself as an actress, starring in the movies 'Mediteransko putovanje' (1962) and 'Dobro jutro, Hrvatska' (1992). 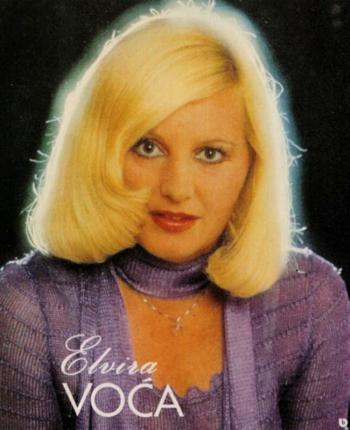