Born on 8 March 1980 in Prague, Czechoslovakia, Lucie Plekancová Vondrácková is a Czech popular singer and respected theatre and film actress. She comes from a musical family. Her father Jirí Vondrácek is a musician, while her mother, Hana Sorrosa Vondrácková, is a lyricist. She speaks five languages and has Ecuadorian roots via a maternal grandfather. She studied music and drama at the Prague Conservatory, and completed the course of Cultural studies, with a Master of Arts degree. She earned the degree of Doctor of Philosophy in 2006 at Charles University in Prague.

Her debut album 'Marmeláda' was released in 1993. In the next two decades, nine more albums followed. In 2013, she released 'Ohen', which contains the song Stuj, a cover version of Kim Wilde's Never Trust a Stranger.

On 17 June 2011, she married Czech International hockey player Tomáš Plekanec who plays centre for the Montreal Canadiens in the National Hockey League. The couple has 2 sons, Matyáš and Adam. 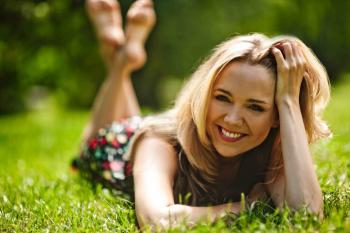