American singer/songwriter who has been performing for twenty years already. His first major self-released album was 2001's 'Crash site', but in 1998 he already released the EP 'Deluxe'. Although this release only listed five new compositions, the 'hidden track' tacked on at the end was a cover version of Kim Wilde's Kids in America. 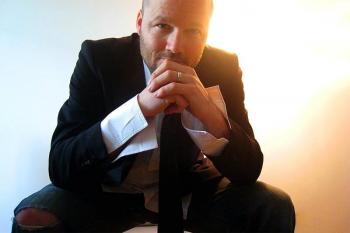