From 1988 to 1999, in an extension to his previous work at various record labels, Eddie Gordon became at first a producer and freelance remixer of various artist's records, and then an artist - as a front man producer and the hub of any "band" - in his own right. The function of both producer and artist was fulfilled under a series of aliases, including: WestEnd; EG; Ed-Did-It; EGor and Jo Cool.

Under these alias labels, Gordon, with his personally chosen team of Barney Chase, Peter Pritchard and Pete Oxendale, remixed over 75 records for various labels and record companies for mainly the UK, European club scene and North America.

This era included six Top 40 hits songs released off Eternal's debut album 'Always & Forever'. The songs were 'Stay', 'Crazy', 'Just a Step from Heaven', 'Sweet Funky Thing', 'Save Our Love', and 'So Good'. There are 3 West End remixes prominently featured on Eternal's top selling 'Greatest Hits' album. The UK music chart's love affair with girl groups was created from this success including the Spice Girls, Girls Aloud, All Saints, Atomic Kitten, The Sugarbabes and many more. 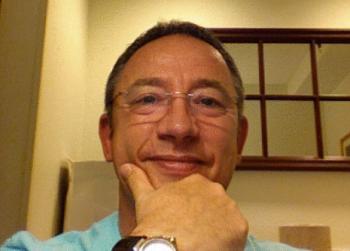