Jim Sullivan and Ed Craig aka The Wideboys have been working together since the mid 1990’s. Since then they have been songwriting, producing, DJing, remixing and compiling.

Their first big break happened after building some heat on some small independent labels in the emerging underground House & Garage scene in London, the boys had a chance meeting with Andy Lewis of Locked On records at a club in London, who heard an early version of their song 'Sambuca' he immediately signed it, the track became the second release on Warner imprint 679 recordings. From there the boys signed with Public Demand Records.

Having hit the charts almost every year since in one way, shape or form the boys notably penned Liberty X’s debut top 5 hit 'Thinking It Over', had a top 40 hit with All Saint Shaznay Lewis with the track 'Daddy O' and in 2009 the boys were asked to produce the Comic Relief single for girl band the Saturdays which hit number 2 in the UK charts.

Wideboys have created an impressive compilation series called 'Addicted To Bass'. Every single one of their albums has hit the Top 10 of the UK charts. 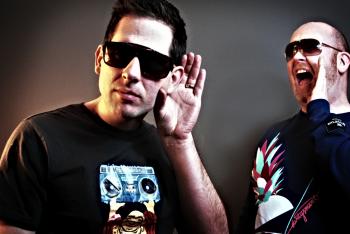