Anders Wikström was born in 1965. Together with Fredrik Thomander he formed the duo Epicentre. He is a guitarist and songwriter in the Swedish hard rock band Treat, where he also played keyboards for the band's first three records. He has also participated in other bands, such as Mental Hippie Blood, Electric Boys and The Boys. Wikström is married to Helene Wikström and has two children.

For Kim Wilde, he co-wrote the songs Different Story, Hey! You!, Kandy Krush, King of the World, Snakes and Ladders and This Paranoia. 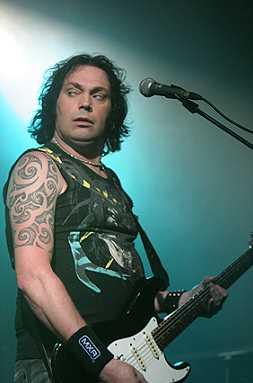