The Wilde Connection, or "The Kim Wilde Collectors Club" was started in 1989. It evolved from a few fans corresponding around the world and it gradually grew into a club of more than 100 members.
The club was run by Dee and Ray, two British Kim Wilde fans, who published a quarterly magazine with articles, photos and some information on Kim's activities.
The club also sold Kim Wilde items like old records, audio and video tapes and photographs. This apparently led to some arguments with the official fanclub.
The club is now defunct and has been since 1996. 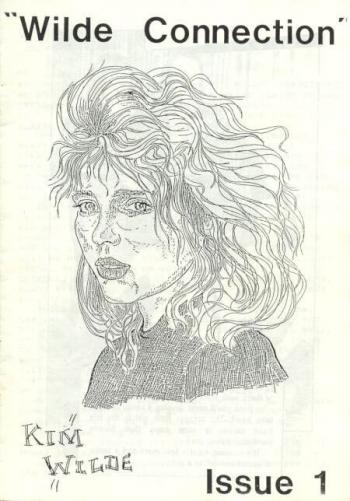 Front cover of the first issue of the Wilde Connection fanzine