Kim Wilde was born in Chiswick, West London on 18 November 1960 under the starsign of the Scorpio.
She was born at Chiswick Maternity Hospital and lived at Watchfield Court for the first few years of her life. As a child, she attended Oakfield School in Dulwich. She moved with her family to Hertfordshire at the age of 9 where she was educated at Presdales School in Ware, before completing a foundation course at Hertfordshire College of Art & Design in 1980.

Kim was signed to Mickie Most's RAK Records in 1980 and released her first single Kids in America in January 1981.
The debut album Kim Wilde followed later that year and spawned a further two hits, Chequered Love and Water on Glass. Kim recorded a total of three albums for RAK Records before signing to MCA Records in the summer of 1984.

Seven subsequent albums for MCA Records have included international hits such as Another Step (Closer to You), You Came, Never Trust a Stranger, Four Letter Word, If I Can't Have You and a remake of the Supremes classic You Keep Me Hangin' On - which gave Kim her first USA Number 1 single in 1987 - all of which have contributed to total worldwide album and single sales in excess of 7 million and 12 million respectively. This same period corresponded with Kim's development as a songwriter having written or co-written the majority of the MCA LP's including many of the above hit singles.

Kim received the Best Female Vocalist Award from the British Phonographic Industry in the United Kingdom in 1983 and has subsequently received two further nominations in this category. Also, she has received numerous silver, gold and platinum records from all over the world. Kim undertook five solo tours and has performed as opening act for Michael Jackson in 1988 and for David Bowie in 1990.

Adding a new dimension to this highly successful career, Kim appeared in the English production of the musical Tommy from February 1996 to February 1997.

On September 1, 1996, Kim got married to Hal Fowler, and wanted to have children as soon as possible. In May 1997 she announced her first pregnancy. On 3 January 1998 she gave birth to Harry Tristan. Two years later, Rose Elisabeth was born.

In the preceding year, she recorded a series of programs for Channel 4, entitled Better Gardens. This was followed in 2001 and 2002 by two series of Garden invaders for the BBC.

On 13 January 2001 she was singing live again for the first time in years, as a guest star in a show by Fabba. This sparked her interest in performing live again. Since November 2001, she has toured four times across the UK and once in Australia in the Here & Now Tour, an Eighties revival concert series together with artists such as Paul Young, Belinda Carlisle and Howard Jones. New music also followed: in 2001 she recorded a new track (Loved) for a compilation album which became a surprise hit in Belgium, and in 2003 she had pan-European success with Anyplace, Anywhere, Anytime, a duet with another 1980s pop icon German singer Nena.

Her gardening career blossomed as well: in 2005 Kim released her first book entitled Gardening with Children, and she won three awards (Best in show, a gold award and the BBC People's choice award) for her courtyard garden Cumbrian Fellside Garden at the 2005 Chelsea Flower Show.

The success with Nena made Kim think about returning to pop music, and after having signed a contract with EMI Germany, she released the album Never Say Never in 2006. Her renewed success was confirmed by the European hit You Came (2006). In 2007, Kim undertook a major live tour in two parts: touring several European countries in February and March, and Germany and the Netherlands in November, with many separate live dates on festivals during the summer. Touring continued throughout 2008 and 2009.

Kim started to present a weekly radio show on Magic 105.4 FM, titled Secret Songs in September 2009. The show was quickly extended from three to four hours when it becomes apparent that she draws a big audience. The show was later renamed the Kim Wilde Request Show. In October 2013, a radio show called the Kim Wilde 80's Show is syndicated. The show is first picked up by RPR1 and Radio Berlin. Four times a week, Kim presents an hour's worth of Eighties pop songs.

In 2010, Kim Wilde returned with a new album, entitled Come Out and Play. The album was a big success in Germany, but in many European countries it was released as a digital download only and failed to reach the album charts. A year later, Kim releases Snapshots, an album of cover version. It is again a hit album in Germany. Meanwhile, Kim continues to tour every year.

In November 2013, Wilde winter songbook, a collection of 12 Christmas songs was released. She supports the release with a three date tour in the UK - her first solo live shows in the UK in 27 years!

A full-blown UK tour follows the release of Here Come the Aliens in 2018. The studio album is followed by a live album, Aliens Live in 2019. 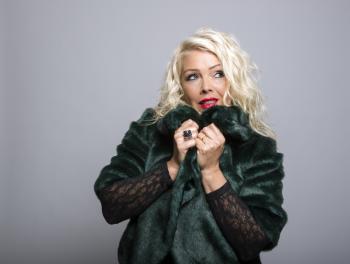