Sarah Kim Wilde is an American woman, who started her carreer as an actress starring in TV shows like 'Dr. Quinn, Medicine Woman', 'The young & the restless', 'Life goes on' and 'Matlock'. She put this acting carreer aside in the mid-90's to pursue a carreer in music. Her first album, 'Embers', was released on Evening*Star Records in 1997, and produced by legendary record producer Nik Venet (1936-1998), who produced albums by The Beach Boys, Jim Croce, Frank Zappa and many others. Her music can be classified as 'folky'.

The album 'Embers' contains a few coincidential references to 'our' Kim Wilde. One of the tracks is called 'Hollywood Sunset' (as in In Hollywood), another is called 'Scorpion' (Kim's starsign). 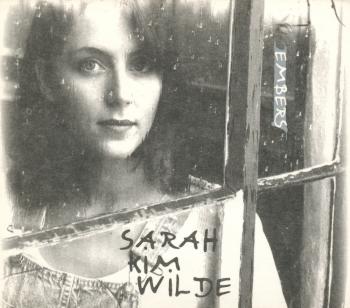