Steve's musical career began at the age of nine when he started learning piano and drums. Later he studied in London, first orchestral music at the Royal Academy of Music, then jazz and rock at the Guildhall School of Music.

The late Eighties led Steve to a career in pop as Musical Director for various touring acts of the time: Rick Astley, Kim Appleby and Lisa Stansfield. He did a couple of albums with Midge Ure and worked on soundtracks for From Hell (starring Johnny Depp) and Crossroads (starring Britney Spears).

Steve was percussionist during Kim's Hits Tour in 1994. He was working with Kim Appleby in 1991, when he met Steve Byrd. They got on well, and he introduced him when Kim was looking for a band for her live shows in December 1992. During the Hits Tour this same band was used.

Steve: Kim is so easy to work with. I dare to say the easiest and nicest boss I've ever had. A pleasure. Her working attitude is fun but very professional. She knows what she wants. (1) 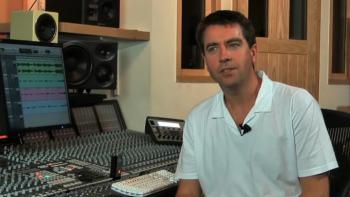