Roel Zaadnoordijk was born in 1955 and grew up in Leiden (Netherlands). He started playing the organ at 14 years old. He experimented with tape recorders to record sounds of falling trash cans and flutes made of beer bottles. His parents didn't want him to start a career in music, so he didn't get a formal education at the conservatory. But his passion for music remained, and soon he was recording tunes for companies and radio stations.

Using the synthesizer, he created dozens of CD's with cover versions of popular songs, using the aliases Richard Romance Synthesizer Section, Gino Marinello Orchestra and Raoul. His instrumental versions of Kids in America and Cambodia appeared on various CD's.

These days he is the owner of DailyChannelTV.com. 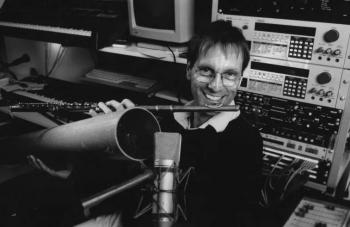