Born 25 March 1959 in Erfurt (Germany). She started performing in 1976 with a big band in Erfurt. She met her partner Peter Taudte, who was drummer in this band. When he became drummer with the rock band Phonoclecs, Zieger was engaged as their singer. She had her first TV performance in 1981 with a cover version of Chequered Love. It was released on a compilation album called 'Some Broken Hearts Never Mend', and subsequently on a four track EP, both released by the state-run record company Amiga in the German Democratic Republic (GDR). Aside from 'Chequered Love', Petra has always sung in German, which makes this recording a rare find, even for Petra Zieger fans.

In 1984, Petra moved to Berlin and started a career of her own. Petra Zieger & Band released albums in the GDR, but when Germany was reunited in 1989, she also started releasing singles. The first single, 'Das Eis Taut' ('The Ice Melts') was a big success partly because the lyric was about the tearing down of the Berlin wall. In 2006, Petra started her own record label P2P music. The 2007 album 'Nimm Mich' became the first independently released album for Petra, and also her most successful one so far.

Petra Zieger finally met Kim Wilde on 2 July 2011 when both of them performed live in Landsberg (Germany). 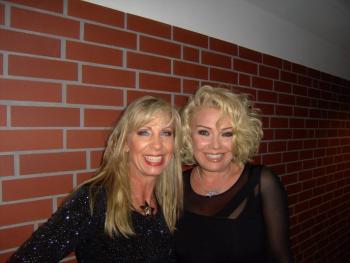