Even a beautiful back can be a delight! The photo session for her next album has already been done by the cool Kim, the LP itself is still being worked on. The album, which is produced by the Wilde family themselves, will be released in October.
Nonetheless, Kim presents her new single 'Love blonde' shortly. Whether the 'blonde poison' still works in the future, it's written in the stars. The last singles by the English beauty were only successful to a limited degree, national competitors like Nena made it difficult for her.
At least the media are still very interested in her: in August she will be a guest at 'Formel 1'. In the beginning of September it goes on in 'Bananas'. 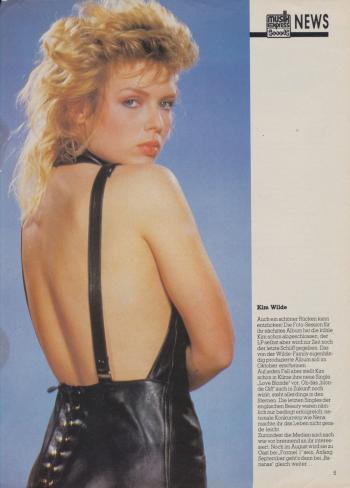