Former pop star Kim Wilde showed off her new-found horticultural skills yesterday when she visited Gateshead's Team Valley. The 80s star, more famous for her puff-ball skirts than gardening gloves, was in the region to launch a North-East campaign promoting adult learning.

The daughter of 50s rock and roll star Marty Wilde enjoyed pop stardom in the 80s with hits including 'Kids in America', 'Cambodia', 'Chequered Love', 'You Keep Me Hangin' On' and 'Another Step'. Kim is now a married mother-of-two who left music to go to college to learn more about one of her hobbies - gardening.

And after attending night classes in horticulture, she is now a qualified gardener and is urging people to try the taster courses being offered by North-East Bite Size.

Kim said: "I have always been interested in gardening. After the whole pop career I decided to go to college and it has basically changed the direction of my life completely. It has given me the chance to make a career of what was a hobby and I'm now on a two-year course at a college in Enfield studying advanced plant and garden design. I'm proof that adult learning is successful and I hope that other people will try to find out more about gaining qualifications later in life."

Since obtaining her qualification in horticulture, Kim has appeared as a guest designer on ITV's 'Better Gardens' and also has a regular slot on ITV's 'This Morning'. But yesterday she was mixing with shoppers rather than celebrities as she turned up at the Homebase store in Team Valley to give demonstrations in garden planting. Bite Size Intros is a month-long national programme that will see thousands of people sample free "bite size" chunks of learning.

A spokeswoman for Bite Size said: "The programme is designed to make learning accessible and fun. The aim is to increase people's confidence in their ability to learn and encourage them to go on to more structured learning."

Kim, who delighted her North-East fans when she returned to the stage in the Here and Now 80s tour last November - back this December, added: "Bite Size is about getting the confidence back to learn something new. Learning is so different to what it was 20 years ago."

Taster sessions will run throughout the Northumberland, Tyne and Wear, County Durham and Tees Valley. For information call Bite Size on freephone (0800) 200500. 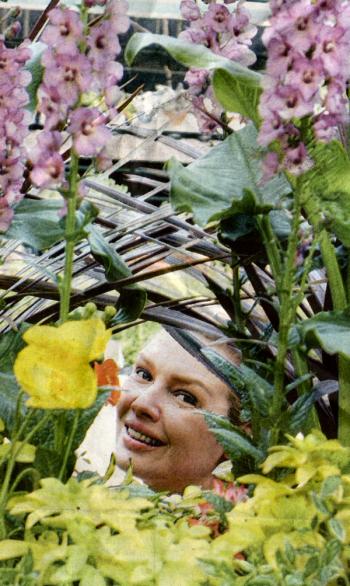