Midlife crisis? 40 is gateway to happiness

Scientists find beginning of middle age is the time when we become content with our lot.

Forget the midlife crisis, the forties can be fun. The decade often associated with worries about mortality, failed ambition and sagging midriffs is actually a time of happiness, a study claims. Scientists have identified an emotional 'growth spurt' that makes people more relaxed and easier for others to spend time with. This quality, which the scientists are calling 'agreeableness', grows dramatically between the late thirties and early fifties.

The findings, based on e-mail questionnaires filled in by 120,000 respondents, suggest that feelings of self-fulfilment and acceptance of one's own personality are more widespread than disillusionment. They overturn the view propagated by films such as 10, the 1979 film in which Dudley Moore portrays a sexually desperate fortysomething pursuing the younger Bo Derek.

"I was very surprised by the findings," said Samuel Gosling, a British psychologist at the University of Texas at Austin, who worked on the research. "It was generally accepted that the human personality is largely set by 30, but this indicates that some elements of the personality not only keep developing but that this process accelerates in our forties. We start relaxing and enjoying life and other people fully only when we hit our late thirties. It challenges notions of a midlife crisis."

The findings, published in the Journal of Personality, have prompted a debate between experts. Some argue that the mellowing in personality is caused by environmental factors such as feeling relatively in control at work and at ease in family and social lives, while others suggest it merely reflects a decline in testosterone levels in both sexes.

This would also explain why people become less extrovert as they become older - there is no longer such an intense neurological demand to seek excitement and stimulate brain chemicals. Another suggestion is that humans are programmed by evolution to turn inward and protect material and emotional gains after youthful exertions. The findings of the study were supported by Stephen Joseph, a health psychologist at Warwick University. "As people come through adversity in their lives, they can become more agreeable, more appreciative of friends and family and more able to reach out to others and take part in their community," he said.

Nick Baker, 45, a director of Adventis NMG, a London-based marketing company, said his settled marriage, two children and beautiful house in a Cambridgeshire village had helped make him a more comfortable, confident person in his forties compared with earlier decades. "Because you're more experienced, you know both what you want and how to get it - you're comfortable with yourself and confident," said Baker. He added that he now regularly became involved in social events held in the village and found himself more interested in getting along with fellow villagers.
"Fifteen years ago, I was a lot more self-focused . . . and highly frustrated, working in a corporate environment. Life was about the next step up the ladder, and getting there quicker than the next person, which caused stress and pressure," he said. "As you get older, you become a lot more open to people around you and that means getting involved in community, charity events and things like that. You can cope with a lot more things as you mature and have experience of life."

Kim Wilde, 44, once the energetic singer of the 1981 hit Kids in America is now a successful garden designer who leads a rustic life with her husband and two children in a converted barn in Hertfordshire. She said recently: "I don't take myself seriously any more," and revealed, in a different interview: "Sometimes I just garden in my knickers and platform shoes."

Other contented fortysomethings include Jonathan Ross, 44, the television and radio presenter. Although his marriage to Jane Goldman has had its difficulties, he now has her name tattooed on his arm and last year he was voted Dad of the Year in a poll by the Early Learning Centre. 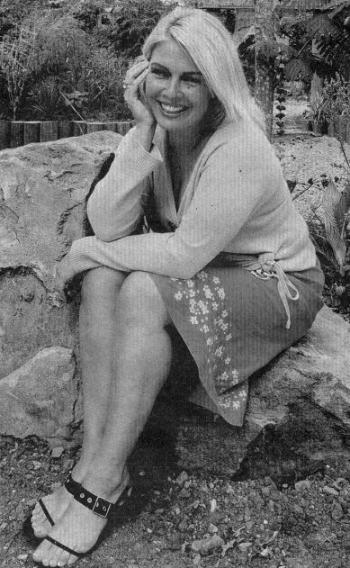