Wilde thing back in the game

After a self-imposed hiatus tending to her plants, 80s pop idol Kim Wilde is very much back in the game and - as she tells The Mail - enjoying it more than ever.

Kim Wilde was born for stardom. aughter of Marty Wilde, one of the first wave of British pop stars during the 1950s, Wilde's own big break came at the age of 20, when she was plucked from obscurity by a certain musical svengali of that era.

"I had just left art college and my brother had started writing songs," she says. "There was a lot of interest from Mickey Most - the Simon Cowell of his day. I roped myself into doing session work for my brother, but before I had a chance to get that plan going, Mickey had spotted me and had decided that I had the 'X factor'. Everything kind of took off and my dad put some mad lyrics to it."

'It' was Kids In America - a pulsating, electro-pop classic which rocketed to number two in the UK charts, breaking into top tens across Europe. With her siren voice and sultry good looks, Wilde was well suited to the stardom which she suddenly found herself plunged into.

"It was amazing and fantastic and I had wanted to do it all my life," she says. "I couldn't believe my luck. To be employed and to be making money out of something I loved, and the independence it gave me - I was one of the luckiest girls on the planet."

Wilde went on to notch further hits, the high water mark being her US-chart topping version of the Supremes' classic You Keep Me Hanging On in 1987. Wilde continued to record and enjoy chart hits into the 1990s until family life took priority, prompting her to take a break.

"I took a big step out of the music industry in 1996 and I never intended to come back - at that point I had really grown quite bored of it," she says. "It sounds a bit ungrateful but I had been a pop star since I was 20 - I was 36 and I felt ready for different and new challenges."

One of those challenges saw Wilde pursue an unlikely sideline in gardening - a course at horticultural college leading into a full-blown career, with TV appearances and magazine columns on the green-fingered art.

"It's very creative and wonderful to be a part of something that is alive and growing," she says. "I love the idea of being creative - for me gardening is like painting with plants."

Wilde was tempted somewhat reluctantly out of semi-retirement into returning to the stage, with one of the first wave of 80s retro tours which are now de rigeur.

"I was pretty sceptical at first and took some persuading," she says. "I was seduced by the fact that I would be touring with the Human League and Clare Grogan from Altered Images. I've been doing it ever since. Now it's more fun because there's none of the pressure of being a pop star and having hit records. It's really good fun - more so than the first time around."

The next tour, Here And Now 2009, sees Wilde join other 80s icons like Boy George, Howard Jones, the aforementioned Altered Images and Brother Beyond.

Wilde has enjoyed recent success as a contemporary artist in Europe, after chalking up a hit with a collaboration with German singer Nena. She accepts, however, that she will always be associated with the decade in which she enjoyed her greatest success.

"I am still perceived as being from the 80s but I just embrace it now," she says. "There's no point in fighting - I just go with the flow. Life's easier that way, and a lot more fun."

Here And Now 2009 visits Nottingham Trent FM Arena on May 16 and Birmingham NIA on May 22.

Tickets, priced £36.50, are available online at www.seetickets.com or by calling 0871 2200260. More information is available at www.here-and-now.info 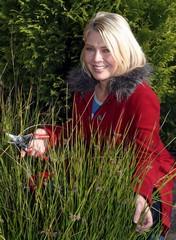