Kim Wilde: “The eighties were incredible”

Kim Wilde will sing her greatest hits, Tuesday, at Rockhal. The eighties pop-icon comes back again.

What is the best memory from the eighties that you recall?
There are so many! I received a Brit Award and I’ve toured with Michael Jackson as an opening act. And I was travelling all the time, what I have done only rarely before. Those were incredible years.

At 36, you decide to retire from the music scene. Why exactly?
I wanted to change my life. I wanted a new challenge. When I was offered a part in a musical in London, I accepted with both hands. I adored the music and after travelling during sixteen years, I wanted to stay at the same place for a change. Besides, after six months, I met my husband. That is the reason why I withdrew.

The wish to start a family became more important then?
Yes, I married and we had two children. I started to devote myself to horticulture. It became a real job, which surprised me.

You were offered to participate in making a gardening program on the television...
Yes. Gardening make-overs were very fashionable at the time in England. I took care of my children, but I had no job and I could do the program in Brittan, without having to travel too much. So, I accepted. I keep telling myself that it would be good to learn even more about horticulture.

But you decided to return in the spotlights, on scene. Did you want to be in front of an audience again and meet up with fans?
Not right away. The sabbatical pleased me a lot. But one day, I participated in an eighties revival tour along with other artists from that era where we performed all our hits. I was surprised to notice how much I enjoyed it again, and so did the fans.

The eighties fascination is still not dead...
Not at all. And that is the most unbelievable thing for me. Present music bands like The Killers are inspired by the eighties sound.

You are from the same generation as Madonna. Would you like to have (had) a career like hers?
In the beginning, I felt like being in her shadow. But life has chosen another destination for me. I have had the possibility to reflect upon a second career after my first one. Besides, Madonna and Michael Jackson had to sacrifice their private lives, something that doesn’t come cheap.

After all the success you have had, you don’t have to work anymore. Are you a person who doesn’t like to sit still, hands crossed?
I have a lot of energy. The audience has made me come back. I don’t feel any pressure anymore. I don’t need to sell my discs. I can share these good times with my fans.

You have worked with Nena to duet on 'Anyplace, anywhere, anytime'. At the same time, she released a new disc with re-recordings of her greatest hits. Did her project convince you to do the same when you released your latest disc: 'Never say Never'?
Yes, absolutely. What Nena has done made a big impression on me. I spoke with her producer and we decided to do about the same thing for me. We even re-recorded 'Kids in America'. Initially, I was doubtful but Charlotte Hatherley joined me in the studio. I was thrilled!

You have performed as opening act on Michael Jackson’s tour in 1988. What do you think about his return?
I wait for him to call me and say 'come and join me again'. But I did not hear from him yet, (laughter). I hope he will be happy with this decision and that the concerts will give him lots of pleasure. 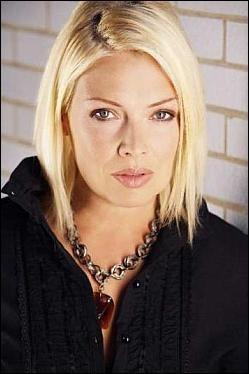