Kim Wilde: the lady with microphone and watering can

She was a face of the Eighties: Kim Wilde. Now the most successful British pop singer, recognised landscape gardener and mother of two is back in Germany. An artist who has lots to tell.

You are very successful in Germany - perhaps more successful than you are at home in Great Britain. How do you explain the special faithfullness of your German fans?
I think I was always present in Germany, and I am still - through my German producers and most of all since the big hit with Nena, 'Anyplace, anywhere, anytime'. It's made me part of pop clture here. The people thought I had gone from stage and I would only crave vegetables.

How did the duet with Nena come about?
Nena asked me at a party in Berlin, whether I would sing with her. We have a lot in common, we are family people, we both love rock 'n' roll and share a lot of interests besides that. But we hadn't seen each other since the Eighties. At the time we did some television specials together, such as 'Formel 1'. I promised to get involved with her immediately.

In the Eighties you had lots of success. What was your own favourite?
I was secretly always a fan of 'View from a bridge', and I love 'You came'.

Your biggest success was 'Cambodia' in 1981. What caused you to make a song about the war in Cambodia? Was it a personal story or a general impeachment of war?
My father and brother wrote the song. At the time the war was always in the news, which inspired them to write a love story in the midst of this conflict. Somehow, the song had something beautiful and mysterious.

Your father is a famous English rock 'n' roller. He wrote some of your biggest hits. How is your relationship now?
We get along fine. Last year he celebrated his 50 year anniversary as a performing artist. I was on tour with him. My dad and me were always very similar. We like the same things, love art, and it connects us.

Almost everyone knows the singer Kim Wilde. Only few know that you also have a degree as landscape gardener...
I followed my heart. At 36 I started thinking of something else. I wanted to broaden my horizon. Because I didn't know how, I applied for a role in the musical "Tommy" - and I could hardly believe, that I got the part. At the try-outs I met my husband. After six months we got married and had our children. I wanted them to grow up with a garden. That's why I went to college, studied horticulture, and wrote books about it, presented television programmes about it...

Music, concerts, books, television programmes... - where does the strength for all that come from?
I get a lot of strength from nature. That's where I can switch off, and get the power for everything: music, bringing up my children.

Your father and your brother and sister make music. Are these genes in your children as well?
Sure. Harry is a great guitar player and a big fan of Metallica, Iron Maiden and Jimmy Hendrix. He does great impressions of them, although he's only eleven. And Rose has a wonderful voice.

What do your children prefer: music or the garden?
Probably it's fifty-fifty with Rose. She loves the garden, she loves art, is very creative. She can paint and draw beautifully, has a great eye for things. When she's asked what she wants to become, she says: popstar and gardener, just like mommy. Harry dreams of becoming part of a big rock band.

Many children love television and video games - how can parents get them enthusiastic for nature?
When children see that you are enthusiastic about it yourself, they are automatically interested. My experience is, that most children like to be outside. One has to keep them occupied, give them tasks: collecting certain stones or search for feathers. It's also great to sow seeds together and watch the plants grow.

You have written two books about gardening, why didn't you write about music?
It's a good question. I think, singing is something one has to experience. But I would love to write about it. An autobiography. To be honest, I've already sat down at the computer and started. But I don't know if I'd like to ever publish it.

What is your plan now? Music or gardening?
The one does not come without the other. At the moment I am concentrating on music again. But my little brother Marty is building his own gardening business. I do some projects with him. That's how I do everything. Sometimes it's difficult to do it all but it can be done. 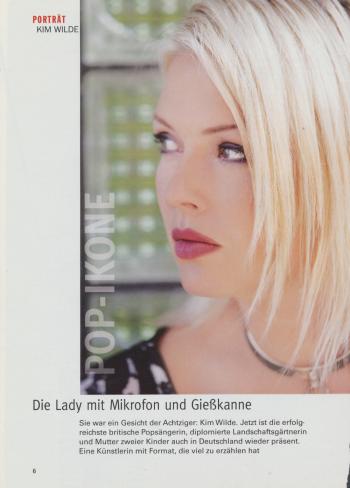 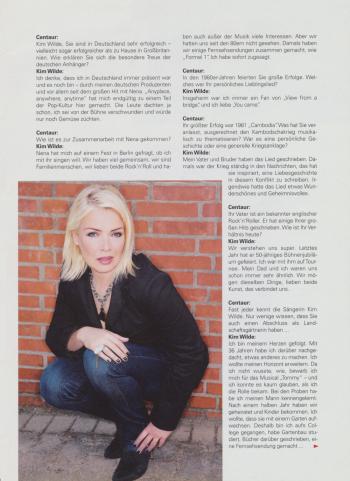 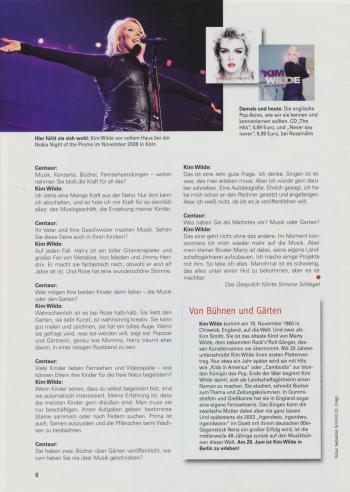