Last night we went to De Put in Heist for the live shows by Lady Linn and Kim Wilde.

Starting this year it's paid parking on the Markt but fortunately only until 7pm. We arrived just after 7pm and so we didn't have to pay after all.

There were lots of people but fortunately our friends had kept 'our' place for us and that was just the beginning. I noticed that the square was quite full before Lady Linn. Before she played her first song there were latecomers before our noses so we couldn't see anything and we had to stand up.

It's understandable because her performances was a success. She is a very good singer and her Fourties style is very nice. The musicians, The magnificent seven, were also great. Her sound came across really well.

When I went to the loo towards the end of their performance I heard that no-one was allowed back on the square anymore! My explanation that my seat was being held didn't help. No problem, I thought, after a performance people always leave. But I was wrong. The policeman waited for orders from his chief, even after someone from the organisation said that it was alright! Typical! Because the waiting took too long I climbed over the wall. That's the way I am.

Kim Wilde made us wait for almost 30 minutes but it was certainly worth it. This almost 49 year old singer is still shining! Together with her niece Scarlett (backing vocals) and her brother Ricky she can't be beat. Her band made very good music and had charisma as well. They didn't stand still for a moment and everything was sung live. Britney and Madonna: eat your heart out! The audience was wild and it got even crazier with the encores 'Ça plane pour moi' - a few minor flaws aside - and 'Kids in America'.

It was sad for the many people who could only hear the performance because the square was sealed off before the start. Kneistival is a victim of its own success. Sad really because it was almost no fun anymore: you couldn't get to the bar because the people can't or won't let you through, running the risk of not being able to get back into the square... It's not a lot of fun but as long as the performances are so great I am prepared to accept it, for now. 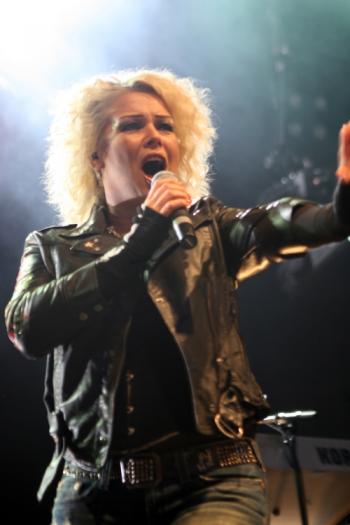 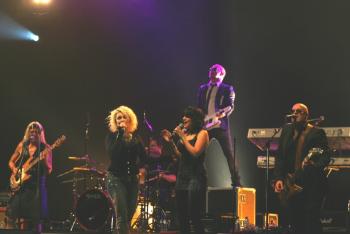