Plump show with Kim Wilde in the Capitol

From "Cambodia" to the "Kids in America": Kim Wilde gave a plump best-of-show in the Capitol.

Of course, Kim Wilde is blonde, as always. And she's in a white leather fringe jacket, anyway, the whole band is dressed in leather. Psychobillys with sunglasses, the bass man adorns a mohawk. This looks like Mad Max, and you get the impression that the "Princess of Pop" wants to say goodbye to her New Romantic image in the Capitol.

Why not, the "Love Blond" from London is now 57 years old, the unapproachable she has filed. "We play old and new songs, is that okay for you?". The audience agrees, it is surprisingly in the majority of men in the Capitol, about 70 to 30 is the ratio among the 1400 fans.

It's hot in the hall at the Black Bear, and it is said that Wilde has caught a cold. But one hears little about it, occasional vocal weaknesses are competently compensated by her niece, the background singer Scarlett, and - and this has long been a status quo on the music stages - difficult passages also come from the band.

Her family has played an important role in her artistic life from the very beginning. Father Marty and brother Ricky wrote the hits, Kim sang them and thus had worldwide success. Ricky is also on board again as a guitarist.

The melancholic "Cambodia" they play quite early, the fan on the edge of the stage swirls Kims hair, two rose bouquets for the ladies land on stage.

It's a guitar-heavy show with a lot of movement among the musicians. They dance the cancan to "Checkered Love" and spread good mood in a good mood. Enthusiastic applause comes from the floor, in the classics such as "View from a Bridge" and "You Came" rise the smartphones in the air, now is heavily filmed.

The show is rather dark rather than pop, also with the acoustic versions of "Hey Mister Heartache" and "Four Letter Word". Especially the three-part singing convinces. The audience is in good shape, the band is down-to-earth and playful, but the sound of the septet also gets very crowded here and there.

"Words Fell Down" and the Motown hit "You Keep Me Hangin 'On", it's amazing how many songs you know from Kim Wilde. With "Here Come The Aliens", a title of the new and eponymous album, she finishes her set after almost 100 minutes of music.

And she returns to the encores with a silver cloak. With a strong session on "Kids in America" it will be a really good finale. Even though it took a moment for Kim Wilde to get really warm, those two capital hours were great pop music. 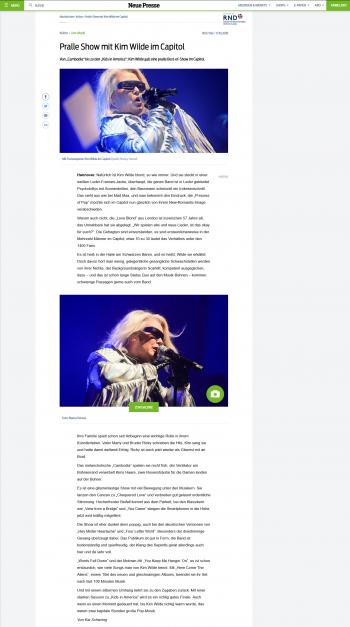 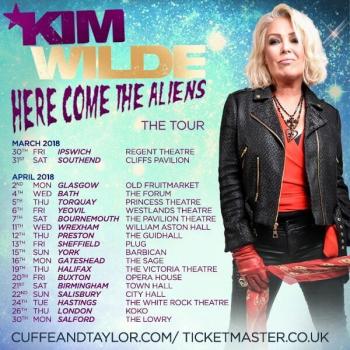 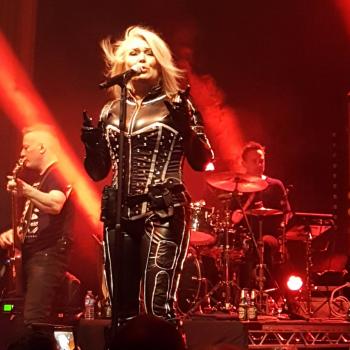