The 57-year-old singer inspired her fans with the hits from the 80s on Saturday. With the new songs it stays modest.

Berlin. Two electric guitars, a bass, a keyboard, a background singer and two drums - almost too much for the stage in the Columbiahalle in Tempelhof. But Kim Wilde had something in mind for this Saturday night. In front of 2200 spectators, the "Princess of Pop" of the 1980s became the "Lady Rock". The fans thanked her loudly - except for the new songs.

In a silver leather jacket and sunglasses, the 57-year-old entered the stage under expectant applause. How would she sound? After all, she had not been heard live in Berlin for years. The answer: a bit deeper now but surprisingly good and rocking.

To kick off, Wilde sang "Stereo Shot" from the new album "Here Come the Aliens," released this year. But after the third play, Wilde asked the crowd provocatively: "Who wants to hear the old songs here, and who is here for the new ones?" The result was clear: most of the people had come to let Wilde take them back - 30, 35 years. At the beginning of the 80's when Kim Wilde started with her new wave sound and songs like "You keep me hanging on" or "Cambodia". She took it with composure, put down the silver jacket and smashed "Cambodia" into the microphone.

On the floor, the classic sparked already air jumps, the upper rank, however, considered the hustle and bustle below still sitting comfortably. But that should change. After a middle section with quieter and new songs like "Solstice", "Rosetta" and "Cyber.Nation.War." almost no one sat during "Chequered Love". The two drums made the air vibrate, the Briton the crowd dance and roar. It was followed by "You came" and, of course, "You keep me hangin 'on". Many of the audience have accompanied Kim Wildes career from day one, they had been waiting for these songs.

But Wilde did not just want to work off her past. And so she did not close with the standing and deafening ovation before the encore, but explained her new album. One evening in 2009, she saw two lights on the horizon from her garden, which have since made her believe in "intelligent life" in the universe. "I've never seen anything like that in my life," Wilde said, "but do not worry, if there's an alien here, I'll protect you."

With a drawn, colorful-flickering plastic pistol she then performed gestiven "1969". The song in which they sing about the moon landing and the aliens who keep us from the apocalypse. Musically good, but not the Kim Wilde, with whom her fans have been identifying for decades. Wilde knows that. The last song of the encore and the evening is therefore befittingly that, 37 years ago her breakthrough and probably greatest success meant: "Kids in America". Even aliens will not be able to change that. 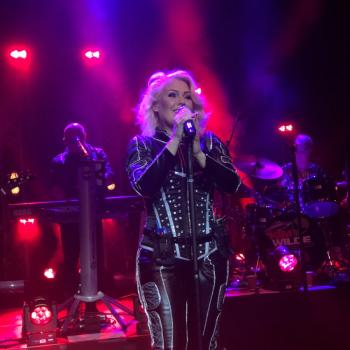 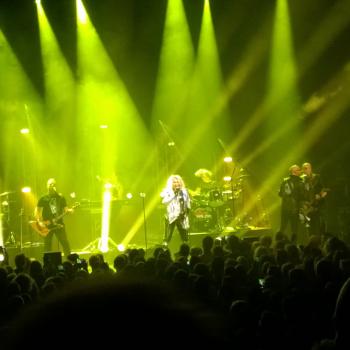