The story behind the song: Kids In America by Kim Wilde

How an Elvis obsession, a "chart scam" and an unlikely prog connection helped build the song that made Kim Wilde a superstar.

Kim Wilde remembers exactly where she was when she stumbled upon the song that would change her life forever. "I'd just left art college in St Albans, and I was half thinking about going on to do a degree, only because I hadn't found a band," she tells TeamRock from her home in Hertfordshire. "Actually, one of my main motivations for going to college was to try and start a band, because I heard that could be a good place to start them."

Having grown up under the watchful eye of British rock'n'roll singer and MBE-awarded songwriter Marty Wilde, Kim's career in music was as good as set, as was that of her older brother, Ricky. "Ricky had left school at 16 and had been on the road with my dad Marty when he started writing songs. My dad had some studio time he couldn't make because he'd double booked himself, so he gave the studio time to Ricky."

That simple administrative mistake ended up sewing the seeds for what would become one of the biggest-selling songs of the 80s. "Ricky went in demoed some songs he'd been writing and ended up taking them to London to meet with several record companies," recalls Kim. "One of them happened to be Mickie Most's RAK Records. Mickie recognised very quickly that he had a great talent on his hands with Ricky's production, songwriting skills, energy and passion for pop music – they were all the things he recognised in himself."

With Ricky firmly ensconced in Mickie's favour, Kim sensed an opportunity. "I asked Ricky to ask Mickie if it was okay if I went and did some backing vocals on these tracks that Ricky had done," she says. "I was trying to row myself in as a backing singer really, which is where my head was at the time. I had a lot of experience with my father in studios and live and I knew how to work with harmonies; it came as second nature to me. So I thought, ‘Right, I'm going to get myself in as a session singer, and then I'm going to get on the circuit'."

"So obviously I arrived looking as natty as I could," says Kim. "I remember I had a pair of black red striped pants and an old dinner jacket of my dad's. At that point I'd already started dyeing my hair, so I basically turned up looking like Kim Wilde, but not realising that at the time."

As it turned out, Kim wasn't the only one sensing an opportunity. "Mickie asked Ricky who I was and mentioned something about getting me in with his producers, Nicky Chinn and Mike Chapman, who were writing all the hits for Suzi Quatro and numerous others at RAK Records at the time," says Kim. "They were sort of like the Stock Aitken Waterman team, but it was Mickie Most, Nicky Chinn and Mike Chapman. So Ricky thought, ‘Sod that'. He was determined to impress upon Mickie that he didn't need other producers, that he was a one-man show."

So Ricky set about writing the song that would transform both of their careers – but not without inspiring some good, old-fashioned sibling bickering in the process. "He went home that weekend – we were all living in Hertfordshire at this point – and he wrote Kids In America," recalls Kim. "I remember that happening, because his bedroom was next to mine and he'd got himself a Wasp keyboard –­ the little yellow and black thing – and I was really annoyed by all the noises coming out of his room. It had a sort of pulsing beat which ended up being the intro to Kids In America. That was particularly annoying coming through into my room while I was trying to listen to Joni Mitchell," she laughs.

The song cherry picked the most exciting sounds of the late 70s, reimagining them in a way that would come to define the 80s. "Ricky's influences at the time included Ultravox, John Foxx, Gary Numan, The Skids, Sex Pistols, Clash, Kraftwerk and The Stranglers," says Kim. "Those were the records he was listening to non-stop, and those were the kind of records he wanted to make. He wanted to combine that synth element with a pop and rock sensibility to make the new sound. He had it very clearly in his head, and Kids In America really embodies that sound."

The song's rock credentials don't end there, but perhaps most leftfield are its connections to the prog world. "We recorded it at a local studio in Hertford called The Lodge," says Kim. "There was a great prog band who ran the studio called The Enid. Their drummer, Chris North played on the first album and on Kids In America. Rick went in and created the whole backing track, played it to my dad and asked him to come up with some lyrics, which he did. He sat down and came up with Kids In America."

Along with Ricky's ear, it was Marty's preoccupation with American rock'n'roll that gave the song its cinematic, escapist backbone. "My dad's head went into a fantasy, this idea of everything being better in America," says Kim. "Of course for his generation, that was very true. Everyone was going to drive in movies and drinking milkshakes and having hamburgers in America. We weren't doing things like that in the UK. I think a lot of that got caught up in the lyrics – all the kids in America are having a better, more interesting, more dangerous time than we were here."

"When Elvis and rock'n'roll was imported over from America, it was to a generation of kids whose parents had dealt with the war, and rationing, and they'd all been brought up in pretty poor conditions," she continues. "When rock'n'roll came along, it was a great thing for the kids to dream about again. They dared to have an identity, for starters. They dared to dream through these great records imported from America. That's where the great love affair started for my father – as soon as he heard an Elvis Presley record."

"I'll never really fully understand what made him write those lyrics, because there's something very private about lyrics and the lyricist, but I did enjoy singing them. They had a rebellious quality that sat with me very well at the time. I was a bit of a rebel without a cause, but I was a rebel nonetheless."

It didn't take long for the song to become a global chart hit. In fact, its instant popularity almost became its fatal downfall. "Radio loved it as soon as it came out," says Kim. "But it was selling so fast that the chart regulators at the time thought it was a scam. Scams did happen from time to time – you'd read about them, how people would scam records into the chart. It sold 60,000 singles in one day right at the beginning and went in to the lower part of the chart, but they pulled it out because they didn't believe anyone would sell 60,000 copies in a day. But, of course, the song had legs as, Mickie would say. It charted the week after at 18, and then it went to 6, and then it went to 2."

"It didn't reach number 1 because Shakin' Stevens was there with Green Door" she laughs. "So, you know, that's not helped my relationship with him."

Almost 40 years on, the song has become a cultural touchstone in its own right. "It still has the same potency that it had back in 1981," says Kim when we ask her about the song's enduring appeal. "Of course, if everyone knew what the equation was, what the magic formula was, it'd be worth a lot of money and everyone would be buying it. There's a lot of magic that happens: Ricky was very young, he had passion, we'd been brought up on rock'n'roll, all the experience on the road with my dad, it all came together in a perfect storm. That energy was so massive it's lasted even ‘til now."

The song's enduring spirit has been borne out in the staggering amount of cover versions it's inspired since its release, particularly by rock and metal bands. From the Bloodhound Gang's relatively faithful take on the original to The Muffs' contribution to the Clueless soundtrack in 1995, it's become a bona fide musical reference point. But Kim's always had a clear preference for one cover version in particular. "I've heard several covers, but my favourite is always Lawnmower Deth's version. I heard they'd done it, then I saw it on YouTube and I loved that it's completely bonkers and the energy of it, but they did it in the early 90s, before social media took over, so I never got to meet them. When anyone asked me, it was a no-brainer, I'd always say them."

What started as a light-hearted homage eventually gave way to a more enduring collaboration. "I ended up meeting them and doing Download Festival with them a few years ago, which was really good fun. I got to know their music more, and ended up singing some of their songs with them. Then this last Christmas, we made our inappropriate Christmas homage, which was called Fuck You, Kristmas! To my great shame, but also great pride, it was me that came up with the idea of calling it that [laughs]. I thought while I was singing it, ‘No one's ever going to play this, but I don't give a damn'.

The collaboration also ushered in a new landmark all of its own. "It's the first time I've ever had a record out that has the explicit ‘parental advisory' warnings on it," laughs Kim. "I was so proud!" 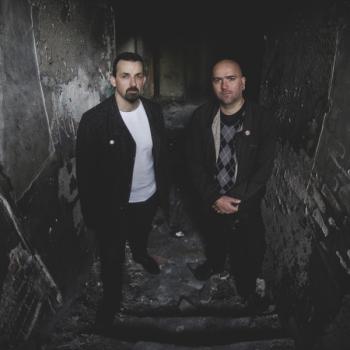 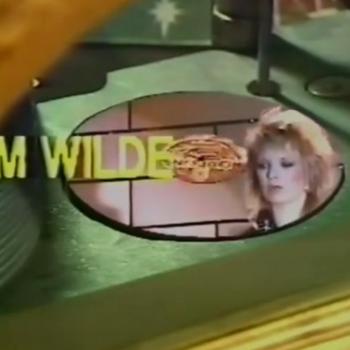