Kim Wilde has released many songs during her career. Some of them have been covered by other artists. On Cover Friday, Wilde Life presents cover versions of Kim Wilde songs. This week: Aura.

After reading the previous two Cover Friday entries, you might think that 'Kids in America' was the only Kim Wilde song that was ever covered. But fortunately, there are loads more. Another song which is often covered is 'You came', one of Kim's most popular hit singles.

Aura released a eurodance version of the song in 2001. The track was produced by Tony Hendrik, who previously worked with acts like Emily & Tom, Bad Boys Blue and Smokie. He founded Coconut Records in 1981 together with Karin Hartmann (a.k.a. Karin van Haaren).After two decades of working together successfully, the duo decided to split up and go their separate ways. Karin Hartmann stayed with the company. In early 2007 they sold Coconut to a group of private investors, who reorganised and renamed the company Coconut Music.

But who is Aura? She released four singles: 'When I see you again' (1999), 'Come into my life' (2000), 'Gotta find you' (2001) and finally 'You came' (2001). That last single was accompanied by a summery video, which you can see below. The CD-single featured two versions of 'You came': a radio cut and a downtown mix, both clocking in at 3:45. But there's no information about the singer, unfortunately! 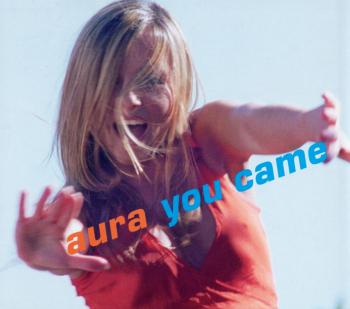 The cd-single 'You came' by Aura