This Saturday, Kim Wilde will perform live at Radio Nora's Open Air festival in Eckernforde, Germany, which is a stone's throw from the harbour city of Kiel. While it will be her first time in Eckernforde, Kim has appeared a few times in Kiel. This week's photograph as part of Throwback Thursday comes from a performance during the Kieler Woche, in June 2012. You can see the setlist from that concert, as well as some photographs, on this page. 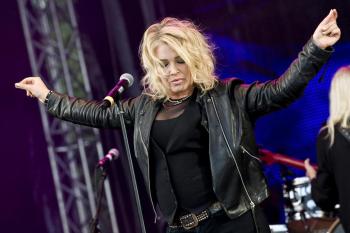