This week's Throwback Thursday picture comes from the year 2000. Kim had been out of the public eye for several years when she made a brief return on television for the show Better Gardens, earlier that year. Then, later in the year, it was announced that she would take part in another gardening show: Garden Invaders.

The photograph below is a result of a minor promotional effort. Kim was raising Harry (then two years old) and Rose (born in January 2000) and was interviewed by the Sunday Times for their series of 'Relative values': how parent and child survived their relationship through the years. (You can read the article here.) There aren't that many photographs of Kim and Joyce together - not published in magazines anyway - which made it more special at the time. 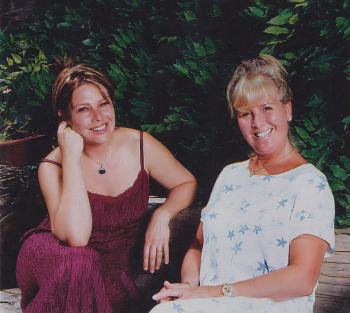