Although our Throwback Thursday is often linked to something that happened a couple of years ago, it doesn't always have to be that way. This week, for instance, we decided to present to you a picture from 1988 simply because we haven't posted anything from that year until now - and that's strange because it was one of the most successful years in Kim's career. It was the year that fans will remember for Kim's hit album Close and the summer Kim went along with the Bad tour, opening for Michael Jackson.

Mike Lawn made this photograph during that summer. One of the photographs from this session was used for a poster created by Anabas, causing many youngsters to have KIm on their bedroom walls in 1988... and beyond. 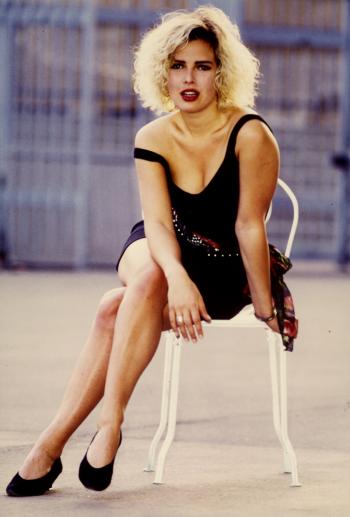