This week's Throwback Thursday picture comes from exactly 20 years ago, when Kim Wilde released her ninth studio album 'Now & Forever'. Every fan knows that the sleeve of that album was mainly white, but for that sleeve several photographs were made with a yellow background. Some of those were used in fanclub magazines at the time, but as far as we know, this shot has never been actually used.

The album remains a piece of controversy among fans: some felt it was a wonderful, inspired piece of work but many felt confused by this new sound. It was indeed the first time that Kim had moved so far away from the sound her fans had grown accustomed to. Twenty years on, it's safe to say that it wouldn't be too much out of place in the current stream of R&B-inspired chart climbers. 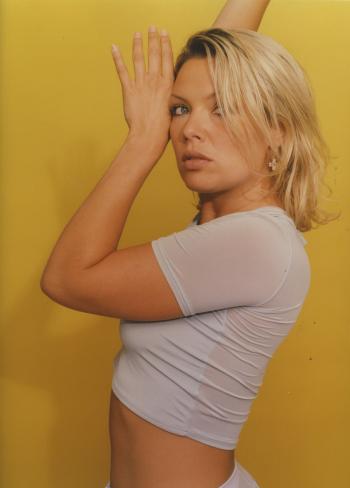