With her big hair and sexy look, Kim Wilde was the Eighties personified in this picture. But where does it come from? It was taken during the video shoot for her second MCA single 'The Touch', which was released today in 1984. The video roughly followed the story of Cinderella, where Kim is cleaning house while her sisters (a couple of men in drag, basically) go out for fun. Then a fairy godmother comes up and does her magic, resulting in Kim getting an invite for a ball.

At the ball, she looks, well, like this. And it was a stunning look, especially for young impressionable lads. 31 years on, this is still a rather pretty picture. 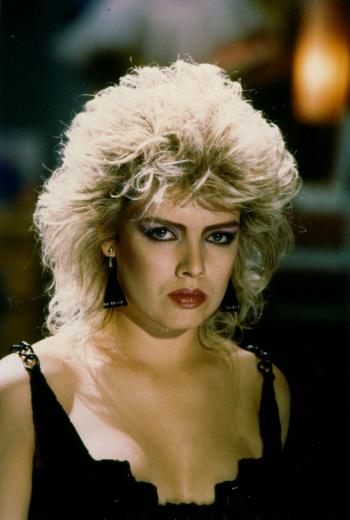