For the editor of this website it feels a bit odd to celebrate the birthday of a pet, but the fact remains that Kim Wilde's dog Jessica turns twelve years old today. It's no wonder, then, that we choose to show you a picture of KIm and Jessica on this Throwback Thursday.

The photo was taken in the summer of 2005, when Jessica was just nine months old. Five years later, Kim released a song dedicated to her, released on the album Come out and play. And even more recently, Jessica got company: Beau was accepted into the household on November 1 this year. 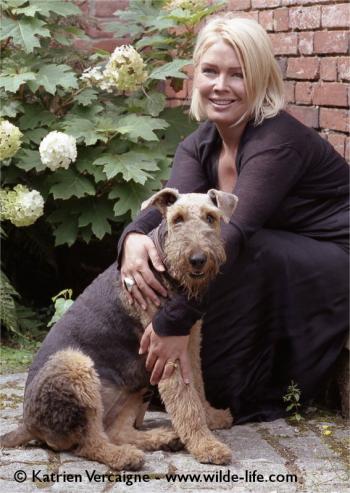