Kim Wilde's first records were written and produced by her father and brother, Marty and Ricky. The three of them have had a great influence on the music world, as this regular series 'Wilde World' will show. In this second installment: Alphaville.

Kim Wilde recently covered Alphaville's Forever Young on her album 'Snapshots', but it wasn't the first time there was a connection between the Wildes and the German pop band. In 1994, Ricky Wilde and Pete Schwier made an extended remix of Alphaville's single 'Fools'. It was the first single taken from their fourth album 'Prostitute'. That album was released five years after its predecessor, 'The breathtaking blue' and was their first album not to chart in any territory. The single did relatively well: although it only peaked at number 70 in the German singles chart, it rose to number 10 in Finland.

The remix is well worth seeking out, as it sounds like a typical Ricky Wilde reworking. It was released on CD-single and 12" vinyl. 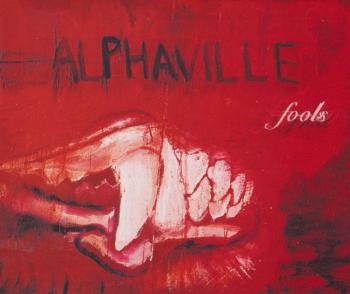