Self-proclaimed 'Queen of Electro' Luciana Caporaso was born on June 23, 1973. She made her debut as an actress in the short-lived British TV series Anna Lee in 1994. On the show, she sang incidental songs. This led to a record deal with Chrysalis and her debut album 'One more river', released that year. The album featured ten tracks, one of which was 'If you want', a track produced by Ricky Wilde and Pete Schwier. Other producers on the album included Anne Dudley, Mark Saunders and Dancin' Danny D (from D-Mob). 'If you want' was released as the second single from the album.

Due to a lack of success, Luciana was dropped from Chrysalis. She formed the band Shooter and released the album '..And Your Point', which featured the single 'Life's a Bitch', released in 1999 for the soundtrack of 'Dawson's Creek'. She formed another group called Portobella and, in 2004, released 'Covered in Punk' with Island Records. After moving to the U.S.A. in 2010 she collaborated with various other artists such as David Audé and Taio Cruz. She's also an artist, having created artworks combining photography, painting and silver and gold leaves. She has also produced both posters and album sleeves for record labels. 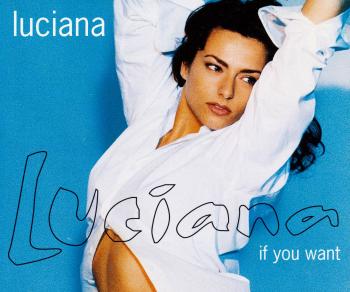 The cd-single 'If you want' 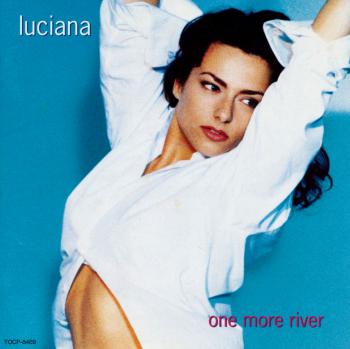 The album 'One more river'