You wouldn't necessarily associate Marty Wilde, a rock 'n' roller from the 1950's and early 1960's, with the hardrockers Status Quo. But back in 1968, it was Marty Wilde who wrote the single 'Ice in the sun' for the band. It wasn't the only song he wrote for them either: he also provided another track, 'Paradise flat' that same year. Both tracks were written together with Ronnie Scott, someone who Marty worked with on more occasions (as you will find out on future installments of 'Wilde World' in this blog).

Status Quo weren't always a hardrock band: back in the 1960's they established themselves primarily as a 'psychedelic' band. Their first big hit was 'Pictures of matchstick men', a track that has no resemblance to their later hits 'Down down deeper and down', 'Roll over lay down' or 'What you're proposin''. 'Ice in the sun' became their second top 10 hit in the UK. When further hits didn't happen, they decided to refashion themselves as a hard rock boogie band in 1970. 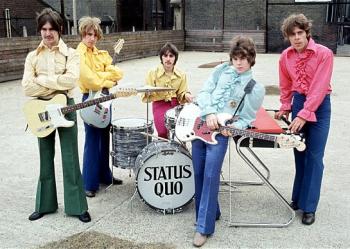 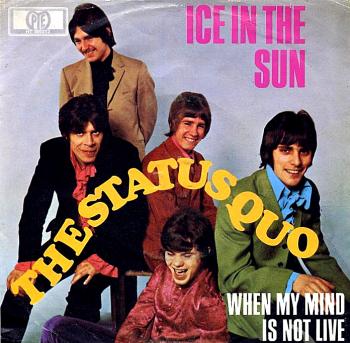