The song 'Ecstasy', written by Marty Wilde, Buddy Kaye and Mike Pratt was originally recorded by Steve Cassidy in 1963. It was not unusual for a song to be recorded by several artists in those days, so more versions of the song exist. One of those versions was released in July 1964 by Garry Miles.

Garry Miles was the pseudonym of James E. "Buzz" Cason, an American rock singer, songwriter, producer and author, who was born on November 27, 1939. His biggest hit was the 1960 hit 'Look for a star'. Together with Leon Russell he produced The Crickets and their version of 'La Bamba' in 1962. Later, he started writing songs with Bobby Russell and ran a publishing and record company until 1974. His biggest hit from that time was the song 'Everlasting love', originally recorded by Robert Knight and covered by The Love Affair in 1968. That version became a number 1 hit in the UK.

As for his version of 'Ecstasy', it sounds very much of its time now, but it remains one of the more remarkable Marty Wilde collaborations from the Sixties. You can listen to the song here. 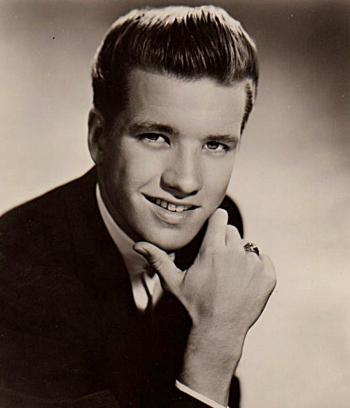 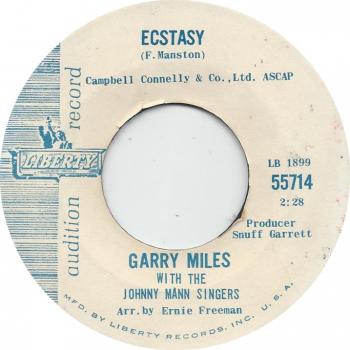