in many previous editions of Wilde World we've given you songs written by Marty Wilde, but this week we'd like to present something different. Joe Dolan's 1972 single 'Take the money and run' was written by Stephens and Carter, but produced by Marty Wilde and Peter Shelley. The duo wrote many songs together, but for this single they took on production duties only. Both the A-side and the B-side ('Home isn't home anymore') were produced by them. It was not included on any studio album at the time, although the track does appear on compilation albums that were released later.

Joe Dolan had a long and successful career, which started in the Sixties as a member of the Drifters Showband, in which he was the guitarist and lead singer. The band had reasonable success for five years, but fell apart due to musical differences and financial difficulties. Dolan went solo and quickly had a big hit with 'Make me an island'. By 1969 he had gained an international breakthrough, with hit after hit scored all over Europe and in the USA. He toured through the U.K., Europe, Israel, South America, South Africa and was the first western artist to perform in Russia. He later toured North America. In the 90's he set up his own label: Gable Records and built his own recording studio in his hometown of Mullingar, Ireland. Dolan died in December 2007 at Mater Private Hospital, Dublin, due to a brain hemorrhage. 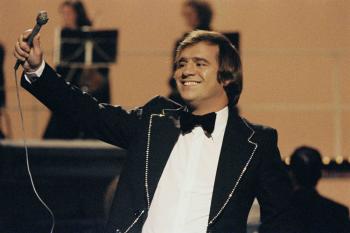 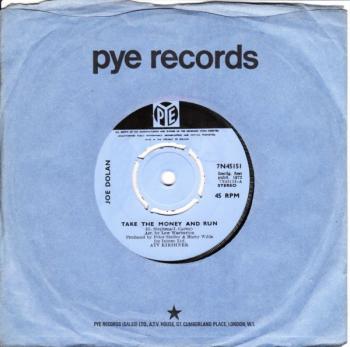 The 7" single 'Take the money and run'