When Marty Wilde started his career, he made his name covering American hits for the British market. When he started writing songs himself, the whole system turned around, as American artists started covering his songs quickly to try and cash in on his success in Britain.

One of the earliest examples of this was Robin Luke, an American rockabilly singer who is best known for his 1958 song 'Susie Darlin'', which reached number 5 in the US Billboard Hot 100 singles chart and number 23 in the UK Top 40. He had this hit while still in school, but his career continued after his graduation in June 1959. In 1960 he was called upon to cover Marty Wilde's 'Bad Boy'. His manager Randy Wood heard Marty's original, and had a copy of the single flown over. According to Robin: "He got me into a recording studio at 1 am, and we cut it by trying to emulate the sound on the Mary Wilde record. Our version was in Wallich's Music City [record store] on Monday morning." The song was released in 1960, and is one of the earliest examples of a cover of a Marty Wilde song. 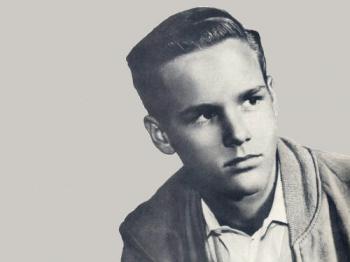 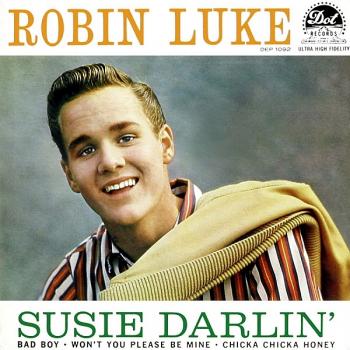